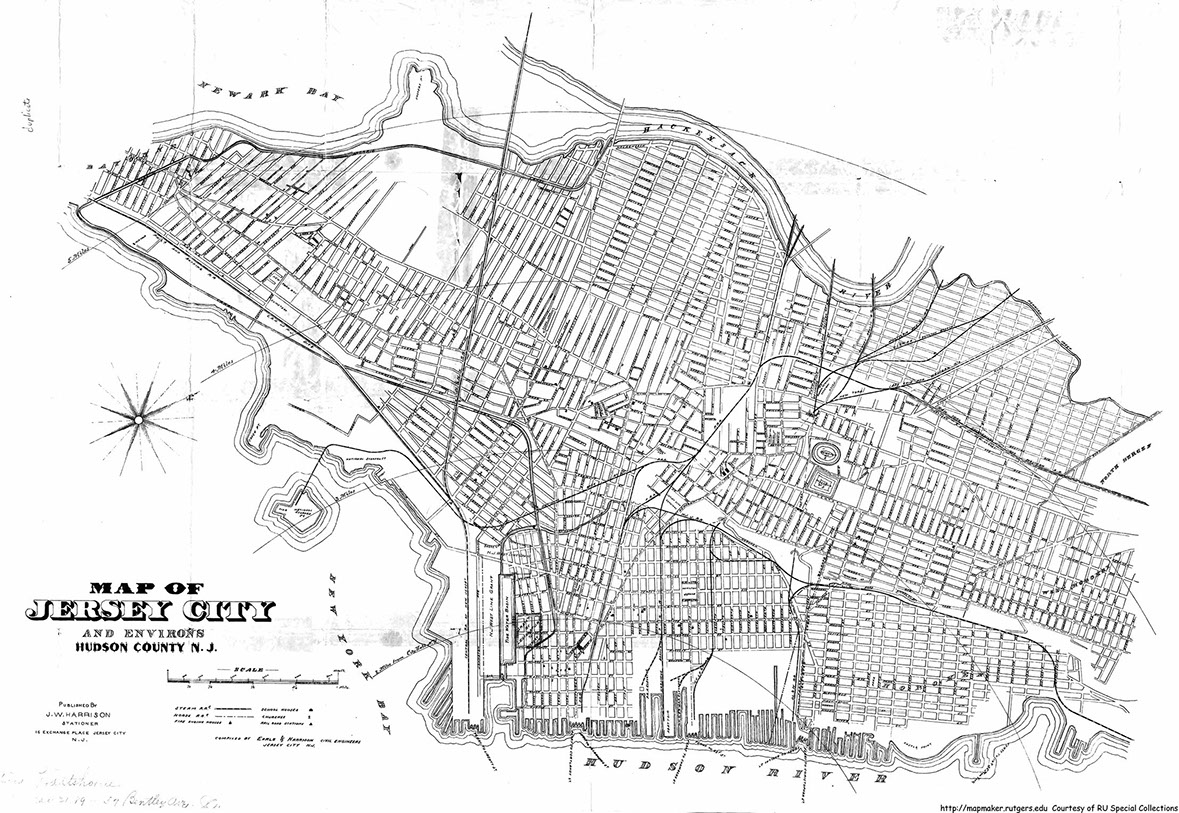 The Barrow Mansion tells the story of multiple generations of people who came to Jersey City in the nineteenth and early twentieth centuries to better their lives, many of whom succeeded.

The Barrow Mansion also tells the story of the lives of extended families and ethnic community groups in Jersey City in the same period.

The story of the birth and life of the Barrow Mansion is closely intertwined with that of its lost identical twin, the Van Vorst Mansion. Together, with their adjoining garden between them, this pair had two main roles when they were created and in the time that the extended Barrow/Van Vorst family lived in them: 1838-1868.

The first role of the houses and their garden was as an extended family compound for the families of two sisters from a New York family of Dutch background: Eliza Brower Barrow and Sarah S. Brower Van Vorst. William Barrow, a well-respected and wealthy New York medical doctor and surgeon, purchased the property for his half of the compound in August 1835, the same month that his sister-in-law Sarah Brower Van Vorst died. She had been the direct link between him and the seller, Cornelius Van Vorst, but the Barrows and Van Vorsts continued with what had probably been planned for some time. Eliza Barrow continued close connections to her nieces and nephews through to the end of her life, leaving legacies in her will to all of them, even those who were born to Cornelius’s second wife Antoinette Roosevelt Van Vorst.

The second role for these houses and their large garden was as the representation of the planned development for Jersey City as a fashionable suburb of downtown New York, and particularly for the development of the family farm that Cornelius Van Vorst planned for his land. Cornelius  divided his holdings into large lots on a gridded street pattern in 1835, at the moment when the resolution of a dispute between New Jersey and New York states allowed for the development of the Jersey City waterfront and thus of the city more generally at a faster pace than before. Cornelius even set aside a city block of his land for a planned park – a key amenity for such fashionable residential areas -- that still bears his family name. The houses, in the fashionable and grand American style – the Greek Revival – rivalled any in Manhattan of their day. These houses, perhaps designed by William Barrow, announced the status of the wealthy landowner/developer and the sophisticated but apparently quiet man of science; Dr. Barrow created a greenhouse on his land there. A later account described the roses and boxwoods in this shared garden space. The grand Van Vorst Mansion contrasted sharply with the colonial Dutch family homestead that was a relic of the family’s former life in Harsimus Cove.

The houses were complete and occupied by the families by 1838. During the lifetime of Eliza

Cornelius Van Vorst died in 1852. Eliza Barrow died in 1865, leaving the Barrow Mansion to her Van Vorst nieces and nephews, who sold it in 1868. The Van Vorst mansion household was headed by Cornelius   and Sarah’s oldest daughter Elizabeth for nearly fifteen more years after her father’s death, until almost all of her younger siblings had married. Her youngest brother William remained in the house briefly before the family sold it 1875.

Both houses were sold to other families of roughly the same economic class as the Van Vorsts and the Barrows, but they ceased in 1868 to function as a family compound. By this time, the development around the mansions was significant, and the formerly open farmland had become built up to a great extent. In this period, however, Jersey City was still being promoted as a fashionable suburb.

The Paulmiers, who purchased the Barrow Mansion, were wealthy merchants. The Edge family, who purchased the Van Vorst house, was headed by Dr. Benjamin Edge, a prominent physician descended from early settlers of the Jersey City area. As they had when they were owned by the Barrows and Van Vorsts, both houses continued to shelter extended families of multiple generations. Like Cornelius Van Vorst, Jesse Paulmier was engaged in real estate development, although on a smaller scale. In 1879, while he was building Hampton Court Terrace, immediately to the east of the Barrow Mansion he suddenly died. Susan Paulmier, his mother, who bought the Barrow Mansion for Jesse and his family to live in, had left the Barrow Manison and the land upon which Hampton Court was being constructed to Cornelia Paulmier, Jesse's wife. Now a widow, Cornelia and her three daughters moved out of the Mansion and into Hampton Court, before moving again to Queens, N.Y. She sold the Barrow Mansion to the Young Men's Christian Association in 1890.  By then, Jersey City’s industrial successes had pushed development and attracted immigrant and migrant railroad workers and the character of the area around the mansions had begun to change.  The YMCA added a significant gymnasium and bowling alley addition in its goal to uplift the lives of some of these transients.

The immediate area of the mansions changed still further with the construction of St. Matthew’s church, a German language Evangelical Lutheran Church congregation, in 1897-8 and the purchase by the church of the Barrow Mansion. This addition announced further demographic change in the neighborhood, and permanently altered the former garden context for the two houses. While the Van Vorst Mansion remained as the residence of the Edge family until it was sold in 1925, its demolition was the final large change to the former compound of the Barrow and Van Vorst families. The Barrow Mansion remains an important reminder of the early developments of this part of Jersey City, the aspirations of its builders, and the changing demographic patterns of the city since its creation. • 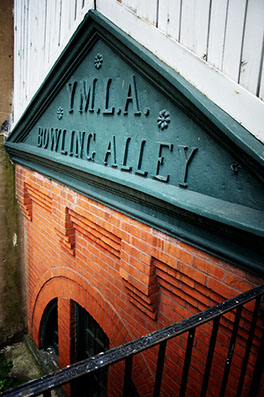 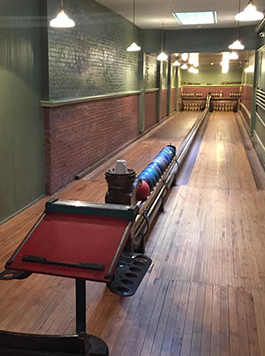 and William Barrow, the Barrow mansion housed them and Barrow’s widowed sister, Ann Craig. After the death of Eliza’s mother, another single woman, Eliza’s unmarried older sister Maria, also lived there. During Barrow’s lifetime, the family employed African-American domestic workers there, as they had when they lived in Manhattan. This was far more common in Manhattan in the early nineteenth century than it was in Jersey City. The families that occupied both the Van Vorst and the Barrow mansions in the nineteenth and early twentieth centuries generally employed two domestic workers at any given time. The vast majority of these were women in their twenties who had emigrated from Ireland. With only one exception, Mary McTighe who worked for the Edge family, none of these workers remained as long as ten years in either household.